3 Things You Need To Know About Emerald Ash Borer Prevention

The emerald ash borer is a green insect that is native to northeastern Asia and feeds off of the underlying bark of ash trees. In its native habitat, the insect doesn't do much damage to the trees because the trees have developed a great deal of evolutionary resistance to them. However, they've gained a foothold in North America in recent years, and because this continent's ash trees aren't acclimated to this pest, it's causing serious damage. Classified as an invasive species by the United States Department of Agriculture, the emerald ash borer was first sighted in the year 2002. Since then, the insect has gone on to decimate millions of ash trees in the United States and Canada and threatens to kill countless more. If left unchecked, this scourge may end up destroying every single ash tree in North America.

Like almost every other pest issue, emerald ash borer is easier to overcome when early detection and preventive measures are a part of the picture. Here's what the average homeowner can do to help keep the ash trees in their yard safe from this pest.

Inspect your ash trees on a weekly basis for signs of the insect. The insects themselves don't cause the damage to the trees — they lay their eggs in the bark, and the larvae proceed to crawl further inside the bark and feed on the tree itself. Identifying the insects and treating the trees before the insects have time to lay their eggs. The insects can be hard to spot — as their name implies, they're the same emerald green color as ash leaves, so be sure to look as closely as possible.

Healthy trees are better able to ward off the effects of insects and other pests, so be sure to keep yours as healthy as possible. This means making sure they've got adequate summer water, are fertilized on a yearly basis, and have a good layer of mulch around their base to protect the roots from the adverse effects of extreme hot or cold temperatures.

Even the most vigilant homeowners often can't catch signs of an emerald ash borer infestation, so consider hiring a professional tree service to inspect your ash trees on a regular basis. If an infestation is detected, they'll have access to insecticide treatments that aren't available to those without a license that will be faster and more efficient than anything you can purchase over-the-counter. 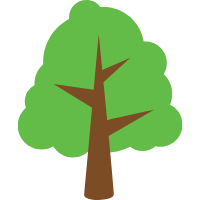 Elm, ash, walnut, maple, apple — these are all gorgeous trees, but they all have their own preferences in terms of care. Maple trees, for example, need to be pruned later in the season once their sap has begun flowing. Elm trees should be pruned in winter when insects aren't around in order to protect them from the emerald ash borer. A good tree care company will treat each of your trees as individuals, customizing care to their own specific needs. Still, it's important that you, as the tree owner, understand those needs, too. Read the articles on your website, and you'll soon have a pretty good grasps on the basics of tree care.